Invasive species can be very costly

Invasive species can be very costly Introducing invasive species can be very costly, both monetarily and environmentally. See the story below from Mike K of the JH News and Guide to support this claim. At this point in time it will take another 13 years, according to scientists, to achieve the objective numbers of the native Yellowstone Cutthroat Trout. Gill netting boats trying to lower the population of lake trout in Yellowstone Lake are spending more time fishing remote areas away from the West Thumb. Black lines on the map show where the nets were set during a recent summer.

POSTED: WEDNESDAY, NOVEMBER 18, 2015 4:30 AM
By Mike Koshmrl | 0 comments
Netting boats gathered and killed more non-native lake trout in Yellowstone Lake this year than they ever had before, park officials say.
By the time the boats were pulled off in late October, about 315,500 lake trout had been culled from the population that has inhabited the 136-square-mile lake since the 1980s, Yellowstone National Park fisheries supervisor Todd Koel said.
“We’ve been just over 300,000 a couple years before, but this is the highest of any year that suppression has been going on,” Koel said. “Part of it is because the amount of overall effort also increased this year over previous levels.”
Yellowstone park progress reports show that the lake trout catch was 302,00 fish in 2013, 301,000 in 2013 and 277,000 in 2014. But at the same time netting efforts — measured by 100 meters of gill nets set out for one night — jumped from 46,100 “units” in ’12 to 76,750 units this year.
In other words, more gill nets are spending more time in Yellowstone Lake every year, but they’re capturing about the same number of fish — a good sign for managers. This year the “catch per unit of effort” leveled off after four years of decline, a less promising sign.
Koel said the suppression effort, which costs about $2 million a year including research, will stay the course.
Helping native cutthroats
“We’re not going to let off the pressure on the lake trout any time soon,” he said. “The contract and Park Service netting will come out stronger than ever again next year.”
The goal of the program is to aid in the recovery of native Yellowstone cutthroat trout, which once left the lake to swim up its feeder streams in huge numbers each spring to spawn. Lake trout predation of cutthroat, and the native species’ decline, are thought to have triggered a four-level effect that some research has traced to grizzly bears eating more elk calves.
A recent Montana State University study found that Yellowstone managers will have to continue intensive netting for another 13 years to reach their cutthroat goals.
The last few years Yellowstone Lake surveys have started to return data suggesting cutthroat trout are rebounding in response to the lake trout harvest. Just 13 cutthroat on average were caught per sampling net in 2010, but the haul since then has steadily increased, reaching 31 in 2014.
This year cutthroat numbers were “a notch down,” Koel said.
“There’s a lot of small fish entering the population, although the average catch per net was slightly lower this year,” Koel said. “We need to look at the long-term trend, not necessarily one year over another.
“It’s still up from where it was three or four years ago,” he said. “We still think we’re on the winning side of this whole thing.”
The five-month netting season usually starts off with a bang after the ice comes off in May, as deepwater lake trout move about the shallows before Yellowstone Lake thermally stratifies. The fish move deeper during summer, but by fall the netting effort shifts back to shallower areas where lake trout gather to spawn.

Researchers are experimenting with a number of techniques to kill lake trout eggs at spawning sites, including using electricity, suction and shooting high-pressured water into the cobble to push eggs into an awaiting “sled” that gathers them up. There’s a couple dozen known spawning sites in the lake, and Koel cautioned that none of the methods are ready to be used on a wide scale.

“We don’t really consider them to be suppression tools yet,” he said.

Other means of killing lake trout eggs that Koel labeled as “chemical” techniques are still being tested in laboratories. Those include increasing salinity around spawning sites and applying rotenone, a fish poison.

“We don’t have any idea,” Koel said of the effectiveness of rotenone. “It’s not in the literature.”

Historically the west side of Yellowstone Lake has been epicenter of the lake trout battle, but increasingly netting operations are moving into remote areas like the southern arms. Those waters, which include proposed wilderness, are netted heavily early and late in the year to avoid affecting hikers and campers, Koel said. Stomach sampling suggests that there are lots of lake trout in the arms because they’re following a food source, he said.

“We believe it’s due to the immigration of the cutthroat back into the lake system from a lot of the large tributaries,” Koel said, “especially the Upper Yellowstone River system.”

The MSU study found that lake trout diets have largely shifted away from cutthroat since diet analyses were completed in the late 1990s. Nowadays mackinaw in the big lake subsist primarily on a small crustacean called scuds. 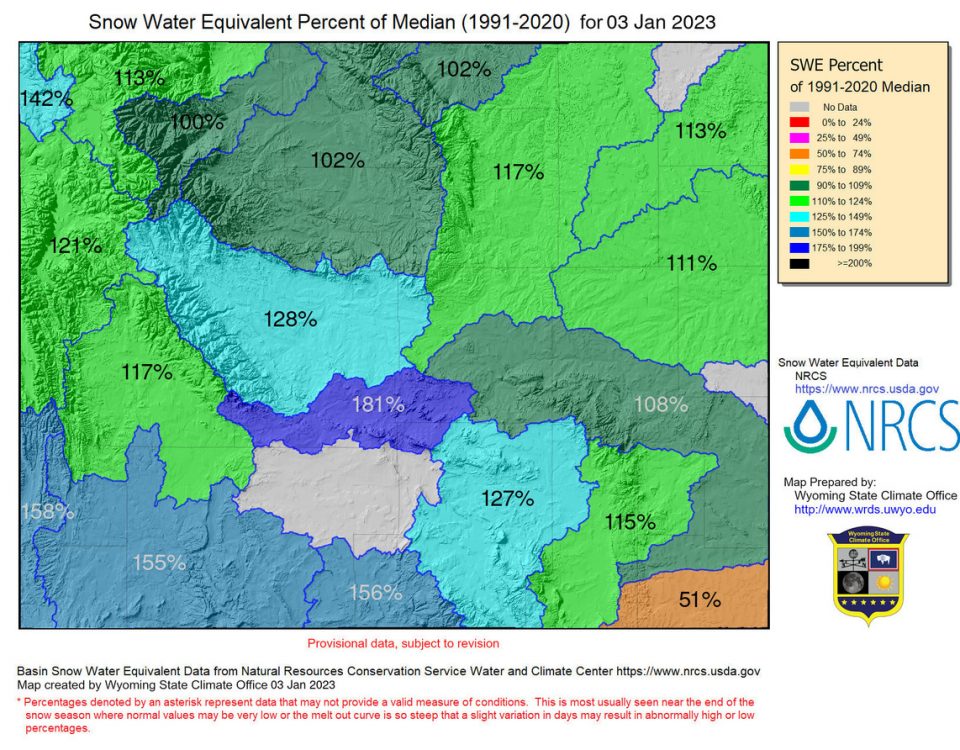