The value of hiring a professional fishing guide 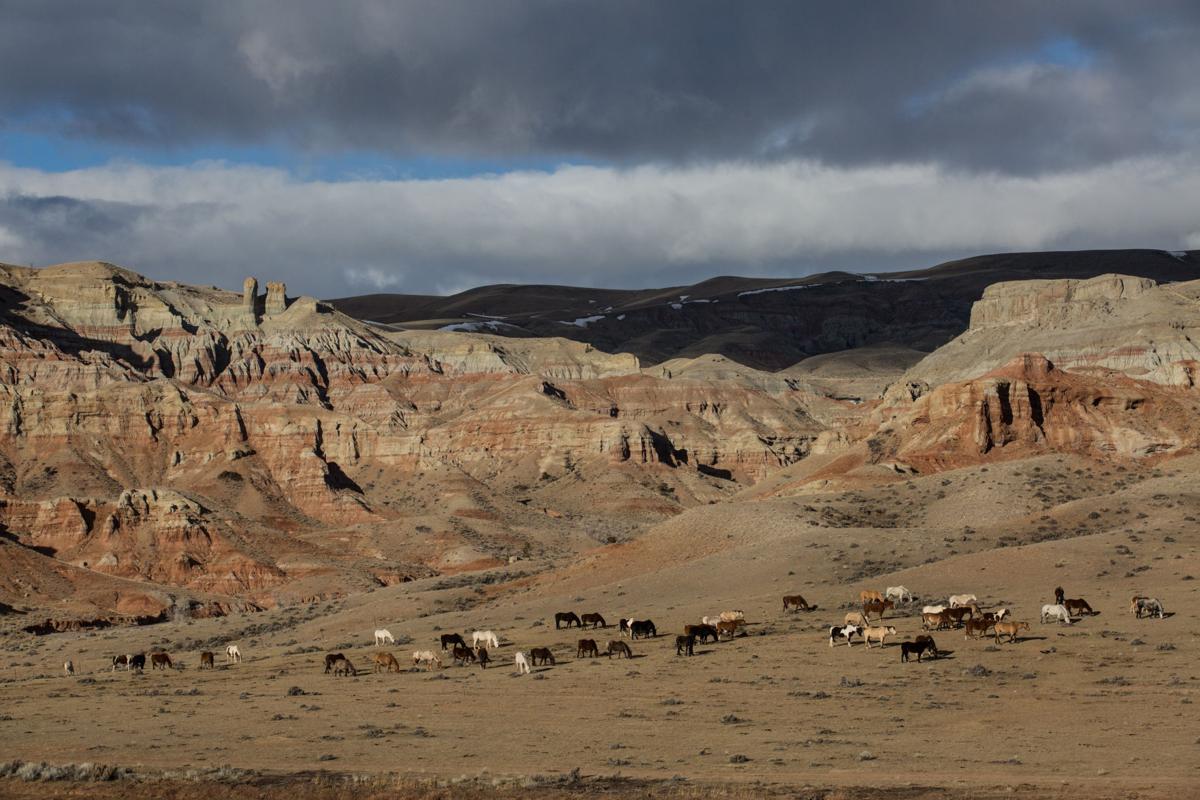 Horses graze in February 2015 outside Dubois, where private acreage borders swaths of federal public land. A controversial measure would have amended the Wyoming Constitution to specify how federal public land would be managed if Washington transferred it to the state.

CHEYENNE — Wyoming Senate President Eli Bebout said Friday that he is killing a public lands transfer constitutional amendment bill that rattled sportsmen who warned the resolution would have led to eventual privatization and blocked access to the terrain.

“I’ve given a lot of thought to the public lands initiative,” said Bebout, a Riverton Republican said. “And what I’m going to do is, I’m going to not assign that bill (to a committee.) I’m going to kill it. But there’s a lot of moving parts in that. I think the message that a lot of people believe out there… really isn’t what it’s about. I think we’ve lost that message.”

The senator made the announcement hours after President Donald Trump was inaugurated. The state will work with the administration to more collaboratively manage the land, Bebout said.

“Starting today, from day one, leadership of the Wyoming Legislature is committed to working with the Trump administration and our congressional delegation to develop a solution that will ensure public lands are managed for multiple use and available to benefit all Wyoming residents,” Bebout said.

Before a constitutional amendment lands on the ballot, it needs to pass the Wyoming Legislature with votes from two-thirds of the House and Senate. Bebout said he was unsure whether he had enough votes.

The public lands issue is contentious throughout the West.

On the one side are sportsmen, who fear states would sell the land when they were unable to afford management – especially if there were a large wildfire. Wyoming would obtain an estimated 25 million additional acres of public land if Congress agreed to a transfer. The state currently has just 3 million acres.

On the other side are critics of the federal government’s bureaucracy. They note that it can take over a decade to permit grazing, mining, drilling and wind projects. Wyoming’s cut of that development is about $1 billion a year, money that funds schools and state agencies.

This session, lawmakers must figure out how to close a $400 million shortfall in the state’s two-year budget. Lawmakers are also facing a deficit of over $1 billion in school funding in coming years that they will also attempt to tackle during the 2017 session, which continues through early March.

Adding the constitutional amendment to their responsibilities would amount to an additional burden, Bebout said.

“We’ve lost that,” he said. “So why go through the aggravation? Let’s look at in the interim. It’s not over.”

The interim is the months between legislative sessions – spring, summer and fall.

An individual lawmaker could sponsor a bill urging the state to look at the topic. But Bebout called the issue “done.”

“If I made the decision to not advance those types of bills this session, that’s my decision,” he said. “I could be overridden. That’s the process.”

The constitutional amendment bill specified how the state would have managed the lands. For instance, the lands would have to be operated with multiple use in mind – accommodating hunters, anglers, energy companies, agricultural interests and others.

Lands could be exchanged, according to Senate Joint Resolution 3, but only in the same county. There could have been no net loss or gain in the lands’ value.

A coalition called Keep it Public, composed of more than a dozen nonprofits, sportsmen and conservation groups, mobilized the public to voice opposition to the amendment. It launched in Casper at a November rally and organized a social media campaign to notify people how to participate and inform lawmakers of their position, said Chamois Andersen of the Wyoming Wildlife Federation.

Outdoor recreationists attended meetings in droves, submitted local letters to the editor and met with lawmakers to express their opposition.

“Everybody’s been notifying their representatives and senators to vote no if this amendment materialized,” she said. “I think Sen. Bebout read the tea leaves. He saw the vote was not going to be there.”

The Wildlife Federation wants to work with Bebout and other lawmakers during the interim to find solutions to land management that everyone is comfortable with, rather than “the draconian effort to transfer lands,” Andersen said.

Stephanie Kessler of the Wyoming Outdoor Council said that she’s not too concerned with the state working with the federal government to improve management.

“We have always said that there are opportunities for more collaboration, so that doesn’t bother me necessarily,” she said. “We think there are mechanisms now that could be utilized.”

Bebout said the state never planned to sell the land. He said sportsmen were misinformed.

“Clearly, what we were trying to do is protect our access, protect the sale and privatization of those lands,” he said.